1 mrem or 10 mrem Dosimeters: Why the Minimum Dose Limit Matters

Have you been tasked with finding dosimeters, or “X-Ray badges” for your practice, but you’re confused by the various dosimeter minimum dose limits you’re finding?  The technical name for the minimum dose limit is Lower Limit of Detection, or LLD. The LLD indicates the lowest level of radiation that can be read by the dosimeter, and it is one of the most important factors to consider when choosing badges.

Why does LLD matter? Read on to find out!

Dosimeters measure the accumulated dose of ionizing radiation a worker is exposed to over a set period of time. This measurement is done by the crystals inside the badge. They absorb the radiation, and when you send the badges back to the lab to be read, they use a process to release the radiation in a way that allows them to determine how much radiation was absorbed. 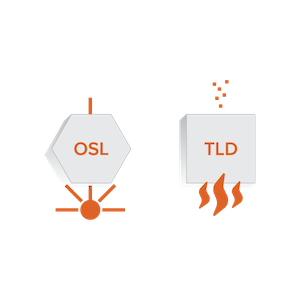 Some types of crystals, such as those used in TLD badges, release their stored radiation in a way that anything under 10 mrem is not measurable. The only thing they can report is that there was some exposure – but they don’t know how much. So it is reported as “M” for minimal or “ND” for non-detectable, depending on the company.

Other types of crystals, such as the ones we use in our Luxel+ badges, release energy differently. This allows us to measure much smaller amounts of radiation – all the way down to 1 mrem.

Why Is a Smaller Minimum Dose Limit Better?

It’s commonly – and incorrectly – assumed that only the bigger doses matter, so there’s no need to measure all the way down to 1 mrem, especially if you’re using equipment like X-ray that only creates minimal exposures.

But in reality, the opposite is true.

Small doses add up over time. Missing potentially 9 mrem of dose each month could lead to a significant amount of missed doses, since anything under 10 is reported as “M” (“minimal”) or “ND” (non-detectable). That means you don’t have the TRUE exposure levels, which can open your practice up to liability issues in the future.

For example: If an x-ray tech is wearing a badge with an LLD of 10 mrem, and each month they are exposed to 9 mrem, then the reported dose is “minimal.” However, this can create a false sense of security. If this happens for 12 months, the missed dose could be in the order of 100 mrem (9 mrem *12 months=108 mrem).  Over time, this can add up to levels that could exceed ALARA limits, and ultimately compromise the health of your employees.

When is a Dosimeter Minimum Dose Limit of 10 mrem Appropriate? 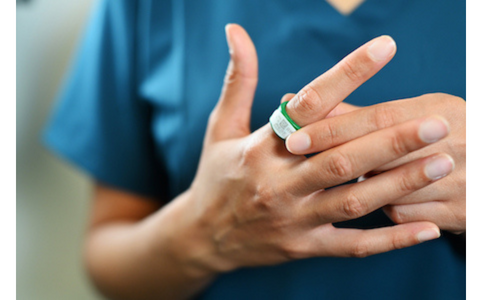 Dosimeters that only measure down to 10 mrem are very useful, but not intended to be worn as a “whole body” badge because of their inability to measure every dose. Instead, we recommend they are used as supplemental dosimeters, such as a ring or lens of eye.

In cases where a ring or lens of eye dosimeter is worn, a whole body badge that measures down to 1 mrem should ALSO be worn. Badges that only measure to 10 mrem are useful as extremity dosimeters, worn on the ankle or wrist, but again – they should be worn in conjunction with a 1 mrem whole body badge.

How to Make the Best Badge Buying Decision

As you do your research into dosimeters, keep in mind these four questions when deciding which product to buy:

If you want more information on radiation safety and dosimeters, check out this helpful video.