What Does ALARA Mean and Why Is It So Important?

Numerous occupations in the clinical, industrial, and research fields require the use of ionizing radiation to effectively complete essential tasks, but exposure to such radiation poses a hazard to these workers over time. Thus, ALARA safety protocols were established to protect professionals who utilize ionizing radiation by limiting their exposure to it.

ALARA stands for “As Low As Reasonably Achievable” and is the guiding principle of radiation safety. ALARA regulatory guidelines reduce workers’ exposure to radiation through three main principles:

Minimize the time spent near the source of radiation to limit unnecessary exposure by working efficiently and leaving the area as soon as possible.

Place a barrier between workers and the radiation source to greatly limit exposure. Examples of radiation shielding include standing behind a concrete wall outside the room or wearing a lead apron. 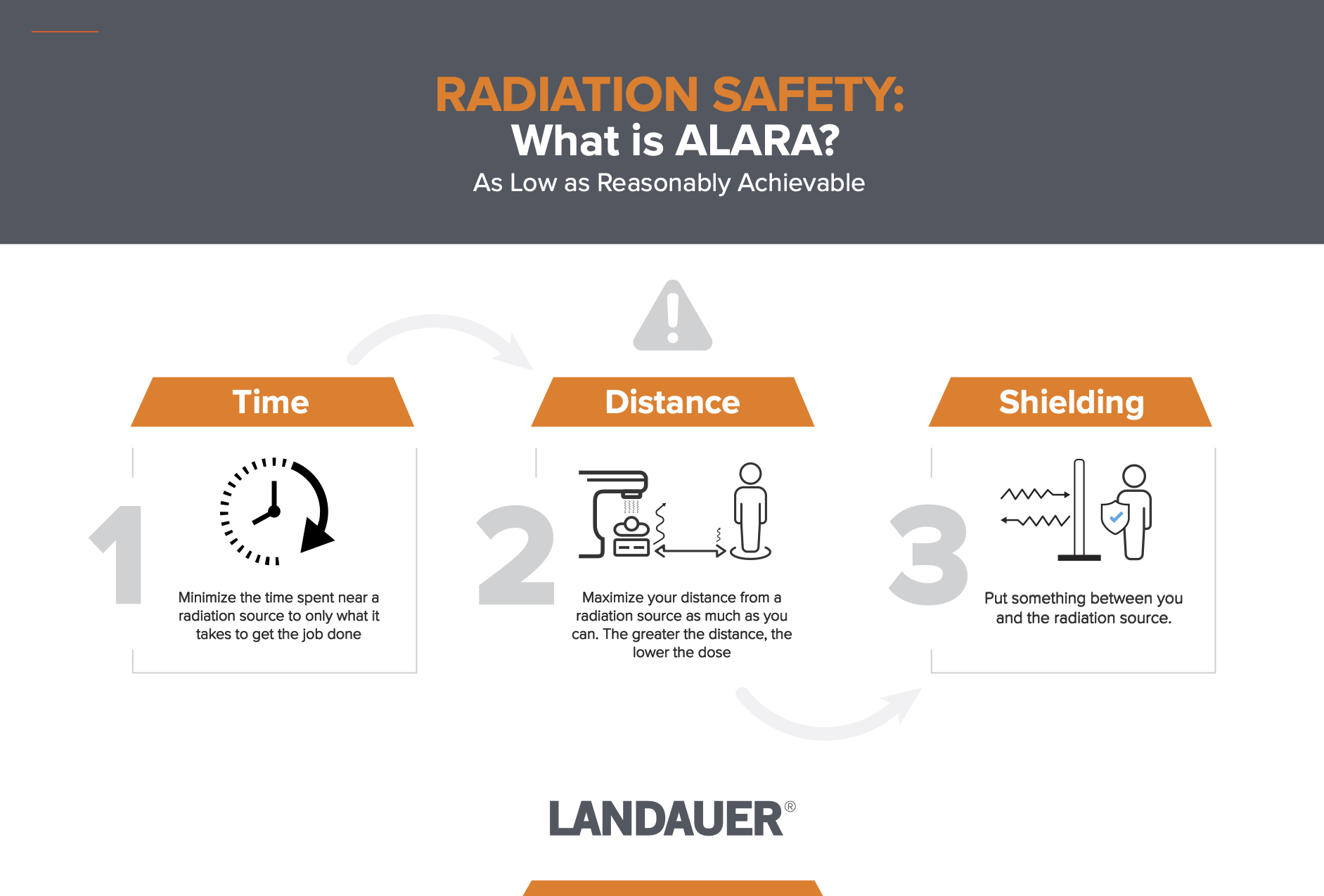 Why Is ALARA So Important?

ALARA is an essential principle to follow because it reduces radiation exposure as much as possible while allowing radiation workers to achieve the best results on the job. Adhering to ALARA safety protocols is the best way to protect professionals who utilize ionizing radiation without hindering their ability to successfully execute tasks.

ALARA is an acronym for “As Low As Reasonably Achievable”. ALARA regulatory guidelines have been practiced for decades and are established safety protocols that assist in minimizing radiation exposure for workers. Adhering to ALARA guidelines involves minimizing the time spent near radiation sources, maximizing the distance between workers and the source of radiation, and placing a barrier to shield them from radiation. The combination of these concepts will ensure that radiation workers receive the smallest dose possible every time they are near a radiation source.

Visit our blog to learn more about occupational radiation exposure and how it is measured.