Why We Need to Abandon Lead Shielding

For decades, apron shielding has been an accepted safety requirement for patients undergoing diagnostic X-ray procedures. Although gonadal and fetal shielding have been embedded in the Food and Drug Administration federal code since the 1970s, after much research the American Association of Physicists in Medicine (AAPM) recommended in April 2019 that the practice be discontinued, and the federal code is expected to follow suit.

Why apron shielding is being reconsidered

Both policy statements draw on several research studies to reach their conclusions. Broadly, those studies show:

Although the AAPM recommendations are intended to improve patient care and safety, there will likely be resistance from some providers and from the general public, which has come to associate the aprons with safety.

That resistance was noted in “That Lead Apron in the X-Ray Room? You May Not Need It,” the January article appearing in The New York Times looking at hospital responses nationally. While the Ann & Robert H. Lurie Children’s Hospital in Chicago  started an educational campaign (“Abandon the Shield”) targeting staff and patients, the chief of pediatric radiology at University of Chicago Medicine hospitals says her department is “…weighing the halt…” according to the article.

The article also notes the impact on dental practices, citing American Dental Association recommendation that thyroid shielding should still be practiced while shielding the abdominal area “may not be necessary.”

The AAPM recommendations represent a sweeping change in what has long been accepted practice. However, in order to advance healthcare, we must continue to challenge long-held beliefs and question how they are affecting patients today.

I support the AAPM and other organizations in their efforts to improve patient care by discontinuing the use of lead shields during X-ray examinations.

Today, we have multiple tools at our disposal, including radiation dose optimization that support patient safety during diagnostic exams. 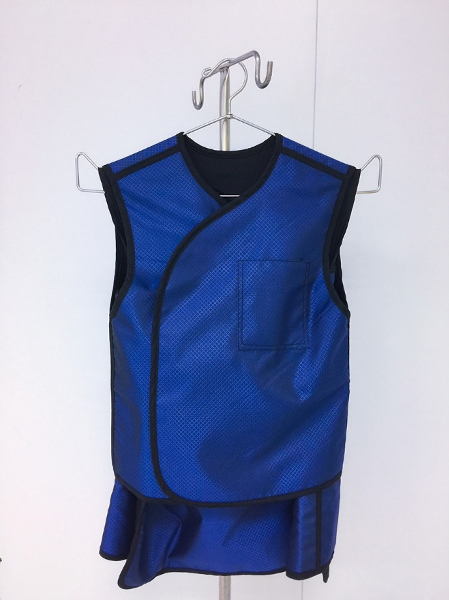